Democrat Alexandria Ocasio-Cortez, who won her bid for a seat in the House of Representatives in New York’s 14th Congressional District, asks 2014 Nobel Laureate Malala Yousafzai a question at the Kennedy School’s Institute of Politics at Harvard University in Cambridge, Mass. on Dec. 6, 2018.

The youngest woman ever elected to the United States Congress, Democrat Alexandria Ocasio-Cortez, is a force to contend with. With clear and forthright language, she speaks the truth of people’s reality – and one that is rooted in her own lived experience.

With a megawatt smile and a wink to her demographic, she also has verve and style. Two days after she debated 10-term incumbent congressman Joe Crowley last June during the primaries, she tweeted her lipstick shade, which promptly sold out on the Stila and Sephora web sites.

AOC, as she is popularly known, has more than three million followers on her Instagram account and four million follow her @AOC Twitter account, a 600 per cent increase from last June and more than 2.6 million gained in the past eight months. How does she do it?

Unlike other politicians, she speaks the language of now, especially to her generation. She is down-to-earth and personable. In some of her video postings, she shares her life both in Congress and at home, as if you are getting caught up with a friend.

As a former member of Parliament in Canada, I can tell you, it would be a mistake to brush AOC off a just the flavour of the month. She is no lightweight. AOC’s social media presence is based on trust and authenticity. Her messages are about taking action. And they are a perfect foil to what U.S. President Donald Trump represents.

The fury of the U.S. public

On Nov. 8, 2016, the U.S. elected a president who bragged about sexual assault and racism. In addition, right-wing parties were on the rise in Europe and inequality in the U.S. had intensified. People were angry.

The Women’s March on Washington the day after Trump’s inauguration has been called the largest one-day demonstration in U.S. history. There followed Trump’s attacks on immigrants and refugees and the spectacle of the Brett Kavanaugh hearings and the testimony of Christine Blasey Ford. The proceedings echoed the Clarence Thomas hearings, which discounted the testimony and courage of law professor Anita Hill. The committee even had some of the same members as a generation earlier.

The fury of the American public led to the greatest number of diverse candidates to ever run in the U.S. midterm elections last fall. Many of those candidates lost. But several of them won.

Indigenous, queer, Muslim, Black and women candidates are now represented in greater numbers than ever before. And many of those who lost had a strong showing. This means they have teams in place, voters identified, name recognition and often money in the bank. They just have not won yet.

Enter Alexandria Ocasio-Cortez. She campaigned in a safe Democrat seat but argued that milquetoast Democrats were enabling the growing divide between the one per cent and the 99 per cent. Her campaign video blew up the internet and thrust her into the lives of New Yorkers like a force of nature. That she could beat a congressman as powerful as Crowley shows that she tapped into the reality of her fellow New Yorkers.

Most importantly, Ocasio-Cortez began shaking up the Washington establishment with her bold proposal to reshape America with her Green New Deal, in the spirit of President Roosevelt’s New Deal to get the U.S. out of the Great Depression. Her stimulus plan aims to phase in renewable energy sources and rebalance the social and economic pie in the United States with a proposed tax hike on the richest Americans.

Because THAT kind of rich is simply not good for society, & it’s like 10 people.

She is also advocating for free tuition, universal single-payer health care, a job guarantee with decent wages and benefits and transitioning the U.S. economy to 100 per cent renewable energy sources. Her vision is far to the left of the cautious and ultimately uninspiring Hillary Clinton, but current Democratic presidential hopefuls are falling over themselves to endorse her plan.

Both her audacious goals and her bold style drive her Republican opponents crazy. They believe that her socialist politics will lose the Democrats the votes of more moderate Americans so they have fixed a negative spotlight on her.

Alternatively, AOC might just be tapping into the anxiety of Americans across party lines as they struggle to make ends meet while harbouring anxieties about climate change.

One thing is clear, Ocasio-Cortez is making an imprint on a generation of Americans, especially young women, with a message to get informed, get organized and get involved. Young women in the U.S. are becoming more politically engaged, from the Parkland students to the #MeToo movement.

Here in Canada, we can see a similar pattern in the number and diversity of candidates running for election and applying to programs like Women in House, Daughters of the Vote and the Institute for Future Legislators at Ryerson University and UBC.

To old-style politicians, AOC supporters say “step up or step aside.” She may not be a vampire slayer or have an army or a quiver of arrows. Nevertheless, she’s as fierce a fighter inspiring young Americans to seek change as any cultural superhero, a combination of Buffy, Okoye and Katniss.

In addition to her bold platform, her real superpower seems to be her fearless confrontation, her spirited style and her ability to inspire others to action.

The test will be if it continues to spread beyond the Bronx. 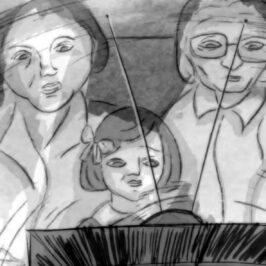 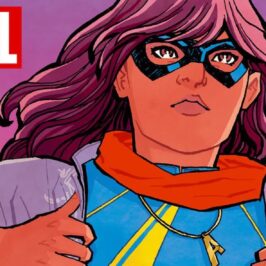 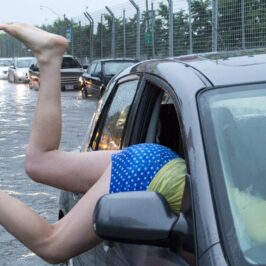 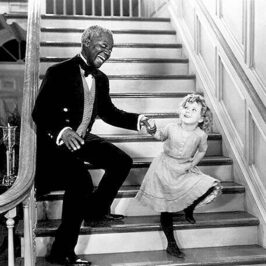 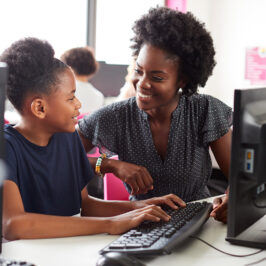