Proponents of the new laws claim they will help India’s agricultural sector, but small, rural farmers fear losing their livelihoods.

The massive campaign organized by India’s farmers against laws to deregulate the agricultural sector has entered its ninth week. The government in New Delhi, led by the Bharatiya Janata Party (BJP), has tried to negotiate a compromise. But its attempts to placate the farmers have thus far failed.

The strength of the mobilization has now compelled the government to suspend the laws for 18 months and form a new committee including representatives of the government and the farmers to address their grievances.

The farmers’ leaders insist that the laws must be completely repealed. Reportedly, more than 50 of their members have died, taking their lives in desperation or succumbing to illness during the cold winter nights. The thousands of farmers encircling the capital insist they will remain until their demands are met.

They are right to protest.

The agricultural sector only contributes about 15 per cent of national income, yet more than half of India’s workers depend on it for their livelihood. The vast majority are small farmers, sharecroppers and landless laborers who struggle to stay afloat on precarious wages, shrinking plots and the vagaries of the monsoon.

The costs of production continue to rise. Growing indebtedness, either to informal moneylenders or formal banks, has tragically compelled thousands to take their lives over the past two decades. Inadequate public investment in roads, irrigation and cold storage and poor credit facilities have severely constrained the productivity of Indian agriculture. Systematic reform is long overdue.

Last week, the Supreme Court of India stayed the implementation of the agricultural reforms, appointing an expert committee to find a solution. Yet its members support the laws, leading the farmers’ representatives to dismiss them as pro-government mediators.

The court has damaged its already weakened credibility by failing to articulate plausible constitutional grounds for its sudden and arbitrary involvement. High judicial intervention has inflamed the situation, rather than ending it.

Why the farmers revolted

Advocates of the three landmark reforms passed by the Indian parliament last September claim they will expand the choice farmers have. They argue that allowing large corporations to dominate the sector will spur land consolidation, investment in mechanization and generate economies of scale that will enhance productivity.

Instead of selling their crops to the government at a minimum support price in local state-regulated markets, farmers can now sell their harvest via contracts to a much wider range of private actors in a national market. As a result, farmers’ incomes will rise and food prices will decline.

Yet, consider the fine print of these laws and the larger economic realities facing small farmers in India. The vast national marketplace in the making will only be available to those who can afford to get their produce across state borders.

The majority of farmers will still have to sell their crops locally. There is also a very real risk that agricultural deregulation will lead to farmers being paid less than the minimum support price. That has already happened in some Indian states where similar reforms were tried.

Canada has traditionally pushed for greater deregulation of Indian agriculture at the World Trade Organization. Prime Minister Justin Trudeau’s remarks a few weeks ago defending the farmers’ right to protest peacefully drew a sharp rebuke from New Delhi. It also led commentators in Canada to criticize the prime minister for placating a political constituency at the expense of national economic interest.

But what may be in Canada’s national interest could easily come at the expense of millions of small farmers, sharecroppers and landless workers, who are right to fear being forced off the land to face harsh economic insecurity.

When he was first elected in 2014, Prime Minister Modi famously promised to create 10 million good jobs in construction, manufacturing and infrastructure every year to absorb India’s growing labour force.

Yet aggregate economic growth has significantly declined during his tenure. Private investment has stagnated while unemployment has risen. Hence, tens of millions of migrants continue to travel to the cities in different seasons to work in the informal sector, returning to their villages to sow and harvest various crops to make ends meet.

Historically, India has struggled to replicate the expansion of labour-intensive industrialization that enabled the economic transformation of North America, Western Europe and East Asia. The greater capital intensity of production in our 21st-century economies makes it harder than ever.

All of this was known before the government introduced these laws through an executive order over the summer while India struggled to contain the pandemic. Rather than consult farmers’ unions and state-level governments, the BJP government transformed the executive order into legislation in September. It then rammed the legislation through parliament via a voice vote, refusing opposition demands for the laws to be sent to parliamentary committee for further scrutiny.

The high-handed passage of these laws was characteristic of the BJP, whose deeply majoritarian ideology has sought to undermine the legitimacy of opposition, status of minorities and separation of powers in the world’s largest democracy. The dramatic political mobilization of India’s farmers, whose legitimate concerns were never heard, provided a desperately needed check.

Highly organized and strategically encamped at key entry points surrounding New Delhi, the farmers’ protest movement is the most powerful India has witnessed in decades. It is forcing the BJP government to relearn the art of democracy. 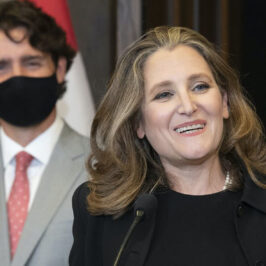 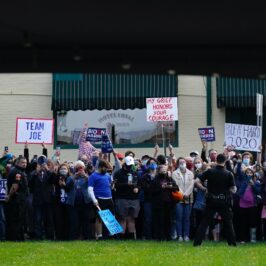