None of us escaped the Bernie Sanders mitten memes following President Joe Biden’s inauguration. The photographer Brendan Smialowski captured the image of Sen. Sanders seated at the inauguration that went viral, resulting in an explosion of thousands of memes that spread rapidly across the world.

Memes aside, we are in the middle of a deadly global pandemic, unlike anything we’ve faced in modern times. At the time of writing, there are more than 100 million COVID-19 cases and two million deaths worldwide. When a person becomes infected with COVID-19, they may infect others physically close to them at their home, workplace or in a crowded public space. Despite mitigating efforts such as physical distancing and face masks, new hotspots of infection may readily appear.

Over the past year, we’ve heard a lot in the news cycle about epidemiology, focusing on the science of how infections spread in populations. Terms like the “R number” and “exponential spread” are now part of our everyday lexicon. Close physical interactions between people are the cause of the spread of viruses like COVID-19 through social networks.

Networks permeate our lives at every level, from the interactions of proteins in our cells to our followers on social media and Bitcoin transactions. Over the past 20 years, a sizeable interdisciplinary field emerged to study what makes networks tick. Network science focuses on the modelling and mining of networks, informed by mathematics, physics and computational sciences.

Networks are collections of dots called nodes and lines called edges representing interactions between objects. Imagine a network with nodes representing people in a city and edges formed by those within two metres apart. Such a contact network maps how contagions like COVID-19 spread.

For a different example, consider accounts on Twitter as nodes, with edges linking to those accounts’ followers. We may then visualize Twitter as a network with 340 million nodes, swarming with tens of billions of edges.

If a person becomes infected with COVID-19, they can infect those close to them. From there, the virus may spread to others in their contact network. A challenge with modelling a viral outbreak is that infections do not spread from one person alone but from many sources. Without mitigation, contagion is analogous to a fire burning up a dry forest, wreaking havoc across large areas.

How can we measure the speed of contagion in a network? Viruses and memes inspired the idea of network burning, which measures the speed at which contagion spreads between nodes.

Burning spreads over discrete time-steps, and one new source of burning appears at each step of the process. The latter part is an essential feature: multiple sources pop up anywhere in the network over time. The process ends when every node is burning; for example, the process ends if every person in a population catches COVID-19.

When it comes to viral memes, if a user posts a meme on Instagram, it shows up in their followers’ home feed. From there, it appears in the feeds of followers of those followers and outwards from there.

Our intuition is that a few hops are enough to reach anyone on social media, and algorithms prove that right. A 2016 study suggests it only takes four hops on average to connect any two accounts on Facebook. The small world of social networks predicts that popular memes would then reach most accounts in short order.

Dining in is better for you

Imagine nine diners at a restaurant sitting in close quarters at a round table. In that case, we have a clique network, in which every node links to every other one. If one person carries COVID-19, then the chances are high that all the guests will be infected because they are all within the two-metre range of the infected individual. The burning number of a clique is 1, the lowest it can be.

In contrast, think of a lineup at a grocery store with one person infected. The infection potentially spreads only to those directly in front or behind them because the distance from one end of the line to the other is too large for the virus to spread.

For example, in a lineup with nine people, if someone in the middle is infected, it would take four steps to infect everyone. If the infected person is at the end of the line, it takes eight steps. In either case, the spread is slower than for our unlucky, hypothetical diners.

Network burning predicts that lineups are among the slowest kinds of networks for the spread of contagion. If there are n people in a lineup, the burning number is the square root of n. So if nine people are in line, the burning number is three, which is the minimum number of people who must be infected to spread the disease fastest to everyone in the line.

What the math tells us

Burning networks gives us a simplified but concise view of how contagion propagates in a network, and a measure of how rapidly contagion spreads to each node. While network burning doesn’t directly tell us how to slow the spread of a virus or halt a meme, it highlights that our interactions significantly affect our exposure to contagion.

How networks of interactions are wired has a profound impact on viral outbreaks, a fact especially relevant during these times. Remember that the next time you are in a physically distanced lineup. You are doing your part to slow the spread of COVID-19. And good luck avoiding the next breaking meme.

The math tells us so. 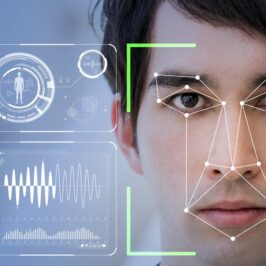 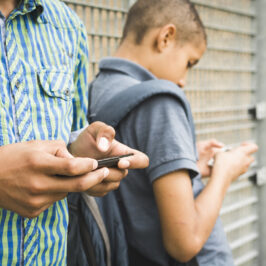 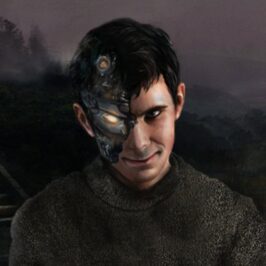 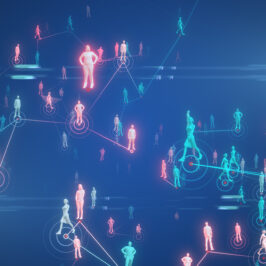