This has been a terrible year for science and evidence-based decision making, which are the newest casualties of the growing wave of populism in North America where “postmodern thought … is being used to undermine scientific truths.”

In the United States, President Donald Trump has repeatedly made false claims such as those that led to the repeal of environmental protections.

In Ontario, Premier Doug Ford, whose election win symbolized an overthrow of a left-leaning government, has already cancelled the “cap and trade” program for emissions control, moving Canada further away from Kyoto emissions targets accepted by the federal government.

Adding to this is bestselling author and University of Toronto professor Jordan Peterson who accuses the liberal left in universities as well as liberal politicians of postmodern thinking. This unrelenting attack on postmodern thinking is the core argument that propelled Peterson to fame.

One of the erroneous impacts of this new skepticism is the erosion of public confidence in the conclusions of scientific studies.

Peterson’s well established critique of postmodernism misses how this arena of postmodernism has become dangerous through the deconstruction of science and outright denial of scientific facts.

Marcel Kuntz argues that this version of postmodernism has led us toward an increasing dissolution of the notion of objective reality. Social critic Noam Chomsky argues that a “turn away from postmodernism” is necessary. He says although “there are institutional factors determining how science proceeds that reflect power structures,” that does not mean we should “abuse scientific concepts”.

What we see with Peterson, Trump and Ford is a new set of values in which science is just another factor in determining reality. Science has lost its primacy.

Former Canadian Prime Minister Stephen Harper adopted a cautionary stance against science and muzzled his own federal researchers on climate change. But even this was not the catastrophic rejection of science that has currently evolved.

Peterson refers to all forms of relativism as a form of cancer. But Peterson fails to criticize Trump’s litany of relativistic transgressions when it comes to science.

Even Peterson’s mentor, Bernard Schiff, has now said that Peterson might be more dangerous than those he attacks.

It is paradoxical that both Trump and Ford are embracing postmodernism much more than the left, which they accuse of the same sin. But the left demand factual evidence for decisions. Cap and trade was selected because the only other alternative is a regulation that denies corporations financial incentives to participate.

One leaves a Peterson lecture with the sense that there is no coherency between ideas; the ground itself has been taken away. He mercilessly opposes unscientific thinking in his discussion of sexual and gender identity. But he then jumps to unscientific ideas like Carl Jung’s transpersonal psychology and his mystical collective unconscious in the next breath.

Is he a Jungian mystic or the embryology guy who asserts that science confirms there are only two sexes? Peterson has many followers and they participate in this sustained polemic attack on the left, claiming that moral relativism has left the world in disarray.

Peterson places all blame squarely in the hands of those who fight for social justice and who embrace progressive ideology. Resistance to change is associated with the political right and he says this is where postmodernism truly dwells.

By focusing on the moral relativism of postmodern thinking and ignoring scientific relativism, Peterson further erodes our ability to think critically. Peterson says that his aim is to build critical thinking in his readers, but his method of analysis is combative and takes no note of the virtues of depolarizing facts.

Depolarizing facts are not what make Ford, Trump or Peterson fans tick. They argue for political effect, not to test their own hypothesis of the world.

One leaves both Peterson’s lectures or a Trump rally with a frightening sense of unreality, there is no place that is safe. Your own rationality is called into question. These voices remove safety and then quickly replace it with a new set of basic truths that now stabilize a weakened framework of the world.

There is new evidence that science can neutralize polarizations. This depolarization through independent science may be the antidote for a political sphere that seems about to shatter any form of debate. Yuval Noah Harari, the Israeli historian says that although false narratives are nothing new, citing the dogmatic acceptance of religion as an example, he cautions us to use science as a final arbiter.

Stripped of basic rational coordinates we have no shelter, no starting point for making sense of the world. Similarly, leaving a Ford press conference or a Trump rally (they are interchangeable), one has the same disquieting sense that there is nothing left, all maps have been burned. There is only Ford’s truth, Trump’s declaration or Peterson’s harsh admonitions. They deny us any factual compass.

Instead we have a series of memes and parables, not the pressure gauges and coordinates by which to navigate the challenges that life provides. What has happened to belief in inquiry, and to refutation of that which has no evidence? It has, like a photograph long exposed to light, lost its hues.

Rationality is on the executioner’s block, and the results are predictable if Maoist China is any example. This is the ferment of totalitarianism and by vilifying the left, and ignoring the emotional ramblings of the right, there is little one can do in this intellectual vacuum that remains, but to suffocate. And like a kill on the savannas, suffocation is the pretext to being consumed by a predator. 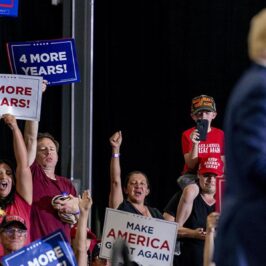 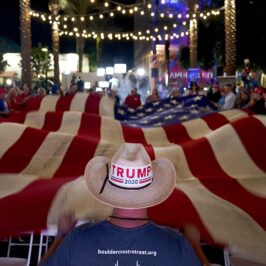 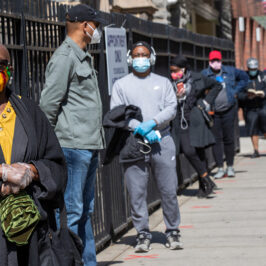 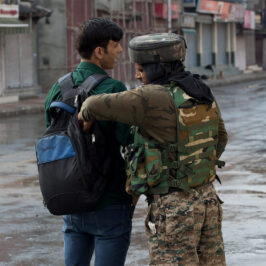 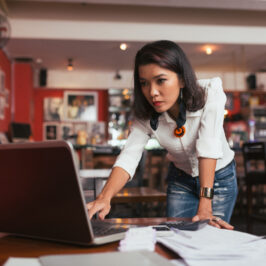 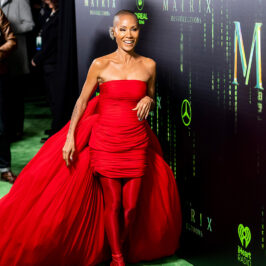