Community vegetable gardens, such as this one in Pickering, Ont., support health and should be seen as part of the city’s food system.

It’s garden season, which means gardeners are beginning to enjoy their homegrown vegetables. However, for those who live in cities, urban life can reinforce the idea that gardens are a bonus, maybe a hobby, but not a necessity of life.

In the early days of the COVID-19 pandemic, supermarkets were kept open because of the key role they play in feeding us. But the Ontario government originally shut down community gardens, ignoring that gardens also feed us. The gardens were only opened again after public pressure.

As public health researchers with a longstanding interest in food systems and health, we’ve found that, contrary to the idea of gardening as a hobby, gardens are essential to life.

We came to this conclusion based on interviews with diverse gardeners in Toronto, a survey of more than 100 people and extensive participant observation — which in this case meant gardening together. Study participants included yard gardeners, community plot gardeners, rooftop gardeners and even people tending to food-producing plants inside their apartment. Our findings are published in the peer-reviewed journal, Food, Culture & Society.

Growing food in the city

To grow food, you have to be committed. There’s the weeding and watering, and dealing with squirrels and raccoons who might get to the food first.

You must invest in seeds and equipment and there could be a fee paid to the city for access to an allotment plot if you don’t have space of your own. If the garden you tend isn’t near where you live, you also must consider transportation time. And after all that, the crop might fail.

Although prices are rising, produce is ample in grocery stores. So to better understand the role of gardening in the city, we asked why do people do it in the first place?

The most common response was that gardening was perceived to boost health. One retired worker summed it up well:

“In wintertime, it’s necessary to do more workouts. But summertime, if I miss the gym, I don’t feel bad because I am doing more.”

Others noticed that gardening supported their mental health. They felt calm with the plants, their mind alert. In some cases, the gardens gave participants a reason to wake up in the morning at times when they were experiencing mental health problems.

To several people, the plants were even seen to provide companionship. “I’m living a healthy life because of my garden,” said one participant. Gardening contributed to their happiness.

Another reason why people told us they gardened was, not surprisingly, for food. Most gardeners grew a wide selection of food-producing plants, with 31 per cent of respondents to the survey reporting that they grew as many as 10 to 20 different kinds.

Importantly, several of the gardeners who provided interviews and who also identified as low-income, stressed the importance of gardening to their food security. One gardener, who has a small plot on church-owned land, told us she grew so much food that she didn’t have to go to the supermarket in the summer, and that helped with her family’s finances.

Another gardener said he was able to make a significant contribution to his family by producing enough vegetables on his allotment plot to not only eat in the summer but to freeze for winter. And one woman grew the organic food she couldn’t afford at the store.

People not only kept this food for themselves, but they shared it with friends and family.

For gardeners who have cultural ties to other countries, some of whom are newer immigrants, growing their own food is a way to ensure access to the kinds of vegetables they grew up eating.

“We left but we still want the taste,” one man said of why he grows a kind of spinach from South Asia. At the store, these vegetables — if they are available — are expensive and aren’t as fresh.

Our findings reflect what other researchers have found about the cultural, health and food security benefits of gardens.

So if growing food in gardens in the city is central to health, food security and culture, how might policymakers think about gardening differently?

We argue that gardens should be considered essential parts of our food system. Gardens are important to the people who tend to them — and also to the many people whose names are on waiting lists for space to grow food in the city, who may not have space of their own.

In our survey, people who owned their homes were more likely to report that they’d been growing food for more than 10 years. Homeownership often includes outdoor space in the form of a yard or balcony, which others may not have access to. The pandemic reminded us how many of our eco-social systems are inequitable and fragile, and other researchers have documented how people turned to gardens at this time.

Various levels of government and other institutions with jurisdiction over land (such as those that oversee hydro corridors as well as schools, religious institutions, apartment and condo land owners) must take action to broaden secure access to garden space, in particular for people who don’t have a backyard.

We should be investing more in publicly accessible gardens as an essential part of our food system. 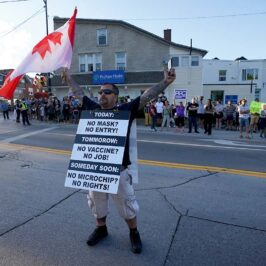 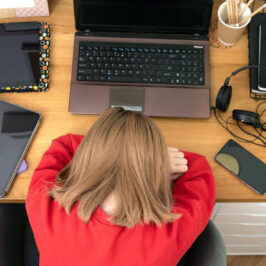 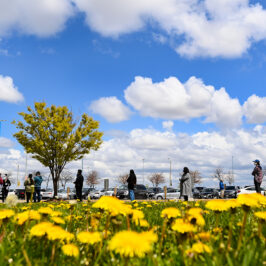