Bill Robinson dancing with Shirley Temple in ‘The Little Colonel.’

Published nearly 170 years ago, Uncle Tom’s Cabin by Harriet Beecher Stowe had a profound impact on American slavery. But Uncle Tom is not a relic from the 19th century: this complex figure still has a hold over Black politics. In fact, the Uncle Tom stereotype is quite possibly the most resilient figure in American history. He has survived pandemics, lived through 33 presidents (including President Joe Biden), and remains the most recognizable Black character in history.

While most people know that Uncle Tom is the titular character of Uncle Tom’s Cabin, few people know how and why this literary character has transformed since his initial appearance. Why is Uncle Tom still alive in the 21st century?

The bestselling novel of the 19th century, and the second bestselling book of that century (after the Bible), Uncle Tom’s Cabin first appeared in the United States in 1851 as a serialized work of fiction published one chapter at a time, in the National Era, a weekly abolitionist newspaper edited by Gamaliel Bailey.

Today, we do not necessarily think of novels as shaping national identity. However, in 19th-century America, Stowe’s vision of Uncle Tom constructed a form of Black manhood that deeply impacted the nation. Despite being ripped from his wife and children, chained and sent off in a coffle with other enslaved men and women, let down by even a “good master,” and beaten, finally to death, Uncle Tom does not ever speak ill of anyone. He is loyal, passive in the midst of white violence and dies as a martyr.

Since then, various Black men have been called “Uncle Toms.” From Dr. Martin Luther King, Jr. to former president Barack Obama, at some point, they were accused of being too passive or a sell-out to the race.

Legalized rights did not translate to reality

In the 1896 landmark case, Plessy vs. Ferguson, the U.S. Supreme Court ruled that African Americans had access to the legal system, equal to that of whites, but they had to maintain separate institutions to facilitate these rights. The ruling institutionalized a racial hierarchy that placed whites at the top and Black people at the bottom in nearly every facet of public life.

To live in North America meant that one had to choose not only between racial loyalty and disloyalty, but also between life and death. Survival meant performing servile roles as Uncles and Mammies, in public or on the job.

In this environment, Black people were forced to acquiesce to the white public’s desire to perpetuate the servile relations of slavery. Black men and women who violated these Jim Crow norms risked their homes, jobs and lives.

For survival in a racially segregated environment, the Pullman sleeping car porters, for instance, Black men who were employed on the railways of North America, had to perform the role of, and were measured against the image of, a servile Uncle Tom.

In Canada, the only reference for Uncle Tom is at Uncle Tom’s Cabin Historic Site. The former home of Rev. Josiah Henson, who lived from 1789–1883, has been turned into a museum to showcase Henson’s life, as founder of the Dawn Settlement in Dresden, Ont., for fugitive African Americans. Stowe’s novel was loosely based on Henson’s biography, The Life of Josiah Henson, Formerly a Slave, Now an Inhabitant of Canada published in 1849. The museum documents Henson’s life but also reaffirms his connection to Stowe’s Uncle Tom.

The insatiable appetite of the white North American public for a docile, symbolically emasculated Black male archetype and the Uncle Tom controversies that follows them, speaks profoundly to how monumentally resistant to change this character has been.

From servant to sellout

In the decades following the novel, Uncle Tom transformed into a stereotype of Black masculinity characterized by docility, castrated sexuality, a happy-to-please-whites attitude with a safe, child-like essence, at the same time. Shirley Temple’s blond ringlets paired with Bill “Bojangles” Robinson’s soft-shoe routine in their “buddy” films of the 1930s is one example of the cinematic repackaging of Stowe’s Uncle Tom and his child-patron, Little Eva.

The servile Uncle Tom has been reproduced in Joel Chandler Harris’ Uncle Remus tales published in the 1880s, later adapted by Disney for Song of the South. Uncle Tom also became a feature at blackface minstrel shows known as “Tom shows.” Later, he mutated into commodity spokespersons such as Rastus the Cream of Wheat trademark and Uncle Ben.

The concept of the sellout Uncle Tom, however, is characterized by the idea of a Black man who appears only interested in serving whites, the government, corporations or “the system” generally. The insult is meant to connote that these men, these “Uncle Toms” will ensure that white needs come before the needs of both the Black community and themselves.

Men (or the fictionalized characters of men) who have faced accusations of being a sellout Uncle Tom include the film roles of actors like Sidney Poitier and, later, Bill Cosby during the height of his fame in the ‘70s and ’80s, as well as Christopher Darden during the O.J. Simpson trial (not to mention O.J. himself), and even athletes like Tiger Woods.

Black people hate him, but it also seems we cannot live without him. The trope is especially brought up when it comes to political figures. Some political careers have been marred by Uncle Tom accusations. This includes people like Supreme Court Justice Clarence Thomas, and more recently Kentucky’s Attorney General Daniel Cameron.

The challenges that are brought to contemporary Black men in positions of authority, power and prestige who are either in service to white institutions or become the public spokespersons for white companies are very real.

The reason these Black men are accused of Uncle Tomism is that communities suspect them of thwarting Black social progress. It is a reliable trope called upon during moments when a Black individual is perceived by the Black community as maligning the race in order to win favour with white authority and institutions.

Beyond politics, we are surrounded with imagery of Black men who serve one purpose: to make the public (imagined as white) feel safe. They are useful only if they are clearly committed to the American way of life, which is to say consumer culture. From Uncle Remus there to sell white childhood innocence, Uncle Ben to sell rice, and even Michael Jordan’s squeaky-clean image, this image of Black masculinity has had a firm grip on what it means to be a Black man in North American society.

Why can Uncle Tom not just fade from memory, as have so many other characters from other mid-19th-century novels?

Stowe may have created this character to support the abolition of slavery. However, through constant reinvention and reproduction, Uncle Tom will continue to exist if the Black community remains divided on how to live within a capitalist system built on slave labour.

Yet this figure also reminds us to look deeper and to ask difficult questions about how we choose to relate to white society and its institutions. Uncle Tom will persist as long as anti-Blackness persists.

This article is adapted from Cheryl Thompson’s forthcoming book, ‘Uncle: Race, Nostalgia and the Politics of Loyalty’ (Coach House Books).

Listen to Cheryl Thompson on Episode 1 of Don’t Call Me Resilient, a new podcast from The Conversation.

In times of racial injustice, university education should not be ‘neutral’
on September 13, 2021

Why a universal job guarantee beats the basic income pipe dream
on July 28, 2022 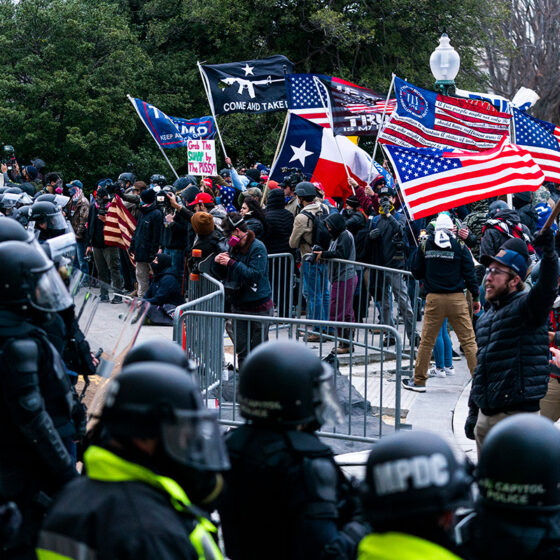 How the U.S. can move beyond mass protests in the aftermath of Donald Trump
on February 17, 2021 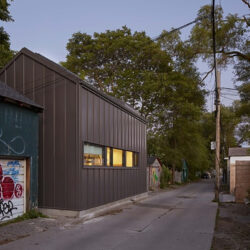 previous post
How cities can unlock the potential of laneway housing
next post
Distance learning: How to avoid falling into ‘techno traps’ 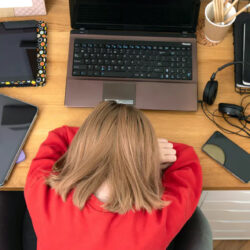