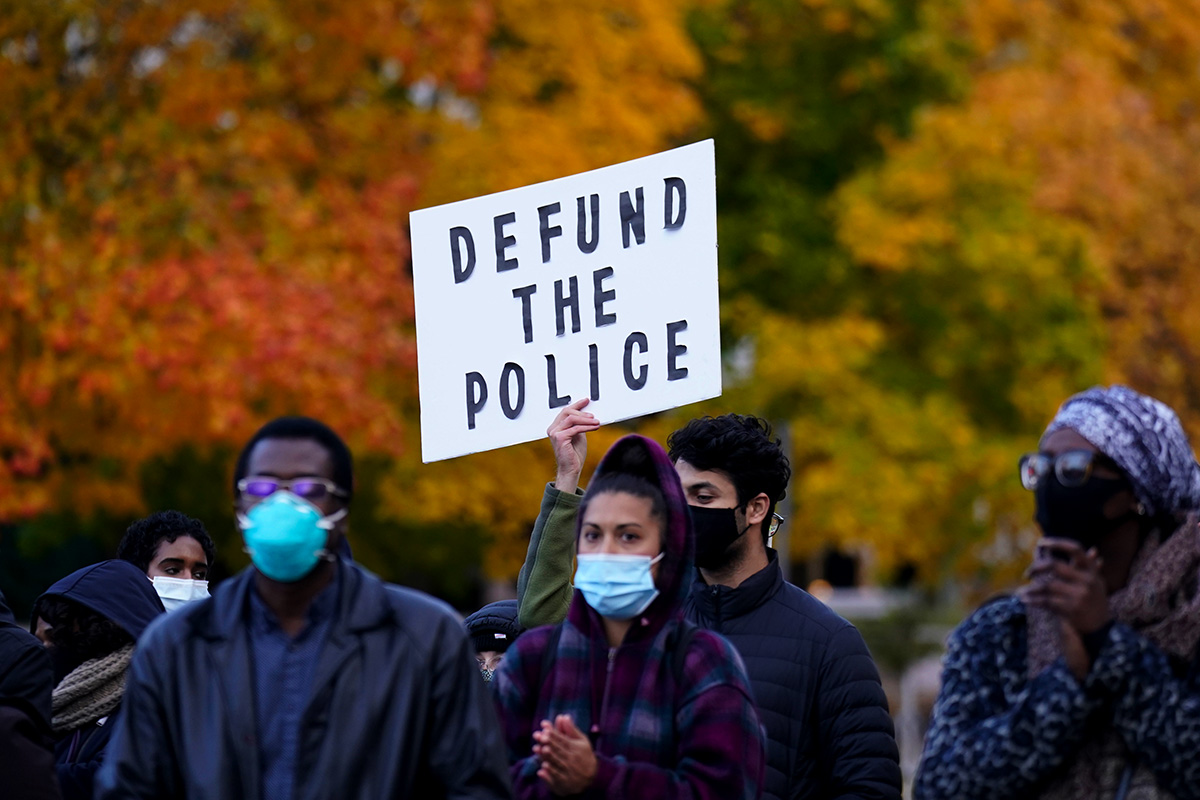 A person holds a sign calling for to defund the police during an October 2020 protest in Ottawa after a police constable was acquitted of manslaughter in the 2016 death of a Black man, Abdirahman Abdi.

Since the police killing of George Floyd in May 2020 and the subsequent mass mobilizations for police defunding and abolition, the defund movement has continued to organize.

Has this work had an impact in Canada? Have there been successful challenges to reducing Canadian police budgets?

The answer is complicated and depends on how you define success.

Some argue the mobilization and movement-building that has transpired — people brought together in campaigns for police abolition that reimagine community safety — is a huge success in and of itself. Abolition has entered the public consciousness like never before.

Dozens of books have been published by academics, lawyers and activists, building on the work of Black feminists in the United States and Canada who have long argued police perpetuate rather than reduce violence in our society.

There have been some modest successes in defunding police.

In Edmonton, city council voted to cut the 2022 police budget increase by $10.9 million and reallocate the money to social services.

In Halifax, a subcommittee of the Halifax Board of Police Commissioners has tabled a detailed and carefully researched report to city council on how the local police force could be gradually detasked and defunded.

When one looks further, however, what becomes apparent is a serious and growing counter-campaign. It’s perhaps the strongest indication of the movement’s success at undermining the sanctity of police budgets until now.

Police have fought vigorously against the defund movement through threats and false conceits of impending violence if budgets are cut. They are co-opting calls for community safety, branding themselves as protectors in need of continuing or increased resources. They position themselves as innocent heroes under attack, and discredit those who critique them.

One strategy police use is an offensive and personal tactic of removing people from positions of influence if they support police defunding.

When Winnipeg City Coun. Sherri Rollins critiqued police racism in March 2020, an informal complaint was lodged against her by the police board alleging she lacked compliance with the city’s respectful workplace policies.

In light of the peaceful protests that are to take place today it makes no sense. It is not the regular practice. It is unequivocally racist, discriminatory and prejudicial.

Scare tactics are another strategy.

According to their own data, only eight to 10 per cent of calls to police involve violence. Despite acknowledging that a large proportion of the calls they receive might be better managed by other kinds of workers, police maintain that reducing officers would be “naïve” and undermine community safety.

But which community is the police keeping safe? Instead of diverting funding to organizations with expertise in gender-based violence, anti-racism measures and mental health, police are demanding and receiving record funds to triage these programs themselves.

The Waterloo Region Police recently got a $12.3-million boost to run mental-health interventions while community organizations are starved through austerity and struggle to keep their doors open.

In Hamilton, Ont., activists from the Defund the Police Hamilton Coalition supported homeless people who were harassed daily by police and eventually violently evicted from their encampments.

The coalition demanded city council reallocate resources from police towards permanent housing, prioritizing the needs of the community over criminalizing homeless people. The organization’s antidote to scare tactics is to focus on prevention and the fight to protect people over property.

Police suggest ostensible reforms, such as unconscious bias training and body cameras, as a promise to change the “culture of policing.” As criminologists have noted, such reforms increase police funding without demonstrable change, sidestepping the reality that policing is inherently violent.

With growing attention to their record of extra-judicial killings, systemic racism and harassment in their own forces and their failure to address gender-based violence, police are on the defence.

Take, for example, the aggressive response to criticism from police unions. The police brass may have to mince their words when responding to politicians and the public, but police unions often reveal their true colours.

In June 2020, the Regina Police Association defended a tweet suggesting that its cultural unit, which works with Indigenous people, would be the first to go should the police be defunded. “Choose wisely,” it threatened.

Also in June 2020, the Edmonton police chief similarly stated that defunding would harm diversity initiatives within policing. This threat to the employment of Black and Indigenous officers positioned the police as a benevolent force in the struggle for racial justice, obfuscating the colonial foundation and systemic racism of policing.

Yet the charge in Canada to defund the police is being led by Black and Indigenous leaders and is explicitly focused on racial injustice in the criminal justice system.

The lack of “success” in police defunding is a sign of how vigorously police are fighting back, not a sign of a waning movement.

Over the past two years, police chiefs, police representatives and police unions have mobilized the public resources they have to fight against the defund movement. But an Ipsos poll found 50 per cent of Canadians under the age of 38 are interested in police defunding and abolition.

Defunding the police is not radical or irrational, contrary to what police might have the public believe.

Instead, citizens need to think openly about ways to address harms in our communities and neighbourhoods and to reallocate funds from bloated police budgets to housing, mental health, addiction, employment, counselling, anti-violence education and more. Then we might truly live in a healthier, safer world.

At a time when many people are struggling to make ends meet, we must not let police tantrums get in the way of real safety and a fair share of resources for community and social development. Nor can we accept the criminalization of poverty and inequality, which is the current alibi for how public police and the whole penal system stays in business. 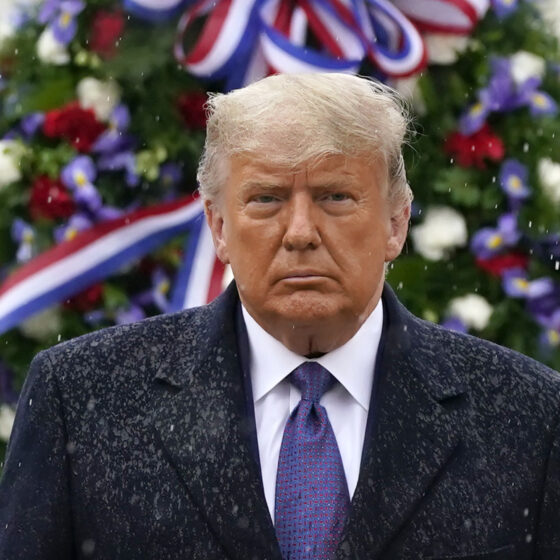 Why did Donald Trump do better than expected in the U.S. election?
on November 16, 2020 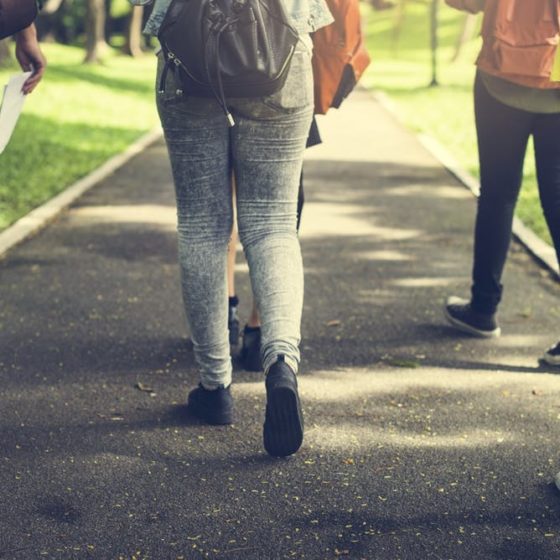 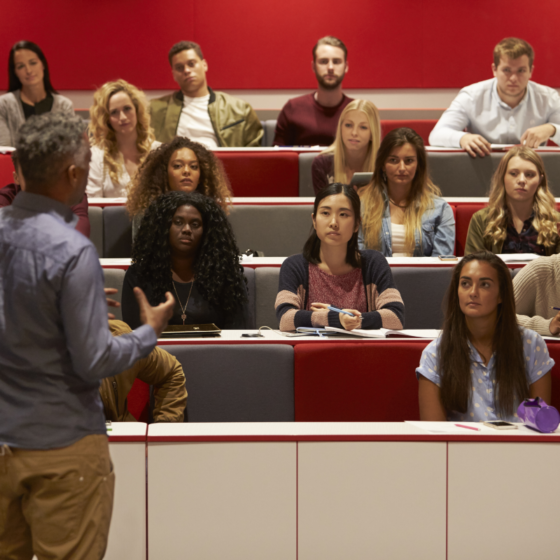 In times of racial injustice, university education should not be ‘neutral’
on September 13, 2021 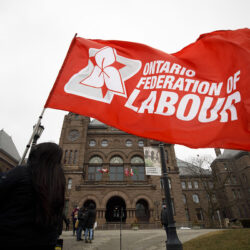 previous post
Collectivism — not individualism — is the path to reducing social and economic inequality
next post
Move over unicorn lattes, there’s a new Instagram trend in town: Normal-looking food 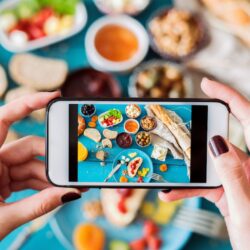