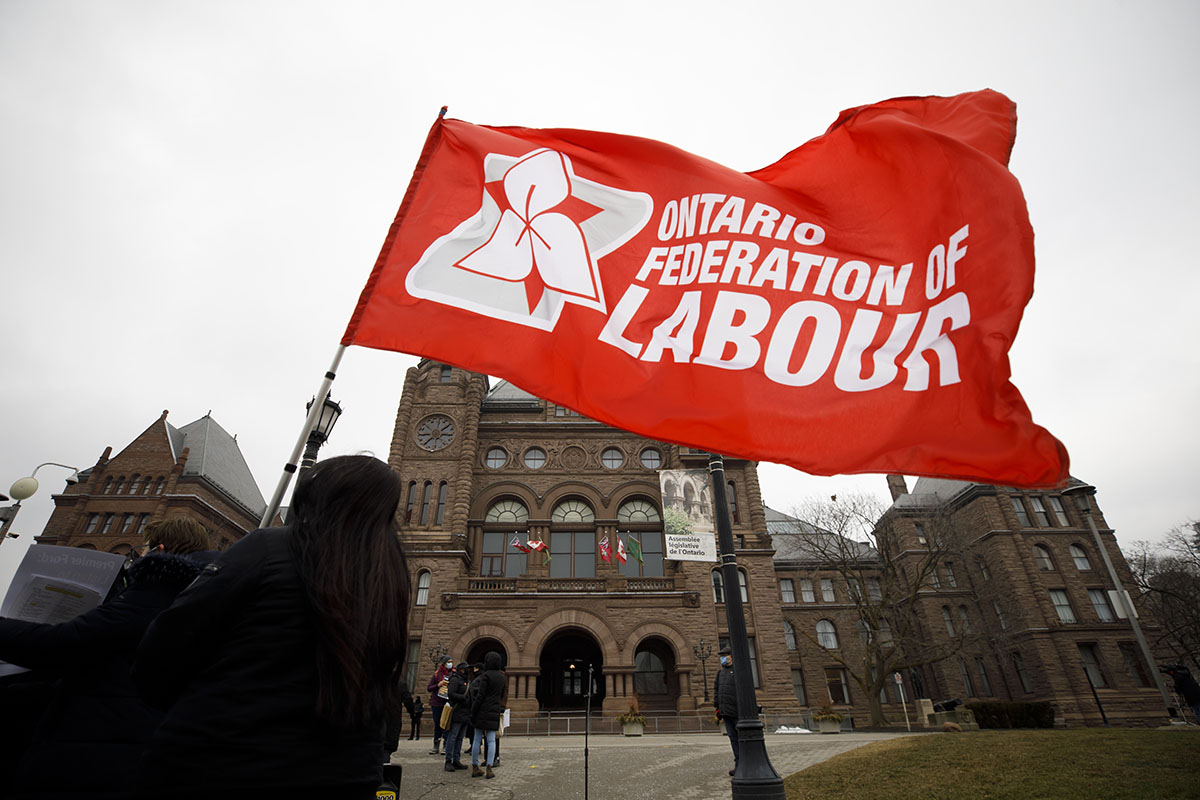 Ontario Federation of Labour rallies in May called for improving workers’ rights and repairing deep inequalities that have been highlighted and deepened by the pandemic.

Last month, two large demonstrations took place in Ontario: the Rolling Thunder biker rally in Ottawa and a series of rallies across Ontario organized by the Ontario Federation of Labour.

While both aimed to appeal to the frustration and anxiety of the average working person during this period of turbulence and uncertainty, the demonstrations couldn’t have been more different.

The bike rally emphasized individual freedom over all else, arguing that social obligations, like wearing masks to protect vulnerable people from disease, restricted freedom to an unreasonable extent. The labour rallies, in contrast, called for collective action and better government standards.

The appeal of individualism

The Rolling Thunder biker rally took up where the so-called freedom convoy left off. It appealed to people’s rage and frustration and directed these emotions toward pandemic protections, and the experts and politicians who put them in place. Catharsis and disparagement were the dominant tone and few coherent goals for change were expressed.

There is much to be genuinely angry and scared about. Pandemic lockdowns, and the economic and social disruption they bring, are frustrating. There is still ongoing colonialism, systemic racism and sexism. Climate change is widespread and only getting worse. Wealth inequality is ever-growing. Young people can’t afford homes. Jobs provide less stability.

These challenges feel truly daunting. It’s not surprising that some have turned to individualistic solutions for broader social problems. Over 40 years of government policy has explicitly undermined the generosity and effectiveness of public services and our collective commitment to the common good.

We’ve been hammered with the message that there is no alternative to individual striving, and many have lost hope that something better is possible. But another way is possible, and we can look to the labour rallies as inspiration.

Collectivism is the way forward

Instead of succumbing to toxic individualism in the face of profound anger and grief, the labour protesters rallied around a clear, hopeful set of goals — a plan to improve workers’ rights and repair the deep inequalities both highlighted and deepened by the pandemic.

This alternate path of solidarity means joining with others to provide mutual support on the premise that small individual sacrifices result in bigger collective gains that make everyone better off.

Collectivism means engaging in the difficult work of negotiating for our collective needs, which is a more complex task than simply tearing things down. It means providing people with hope, even if the answers aren’t simple.

Signs of hope in new organizing

For decades, unions in Canada have been in a holding pattern. As Statistics Canada reported recently, while the overall percentage of workers in unions has remained fairly stable at about 30 per cent since the 1990s, private sector union membership has declined significantly and now stands at 15.3 per cent.

Despite some important exceptions, most unions have not had great success with new organizing. Many have struggled to make significant progress in collective bargaining. Part of what’s needed to increase union bargaining success is building more critical mass in the private sector.

Our neighbour to the south shows us what an economy with few unions looks like. In the U.S., the percentage of workers in unions has collapsed since the 1960s, while the gap between rich and poor and a host of related social, political and economic ills have expanded.

However, there is renewed interest in union organizing. Major efforts are underway at notoriously anti-union companies like Amazon, Starbucks and now Apple.

As of this writing, 100 Starbucks locations have won certification and many more are in the middle of union drives. The historic victory of Amazon workers at a warehouse in Staten Island in early April has inspired many, although workers at a second nearby Amazon location voted against unionizing on April 25.

Union efforts are also underway at Amazon locations in Alberta, Ontario and Québec, but none have succeeded yet. A Starbucks successfully unionized in Victoria, B.C., in August 2020. More breakthroughs could reignite hope for many private sector workers in Canada.

The new face of labour

Amid all this, a new generation of labour leaders are coming to the forefront in Canada. The Canadian Labour Congress, the Ontario Federation of Labour and the Toronto and York Region Labour Council are all headed by women, reflecting the fact that 53 per cent of union members are now women.

More women and racialized people now lead central labour bodies’ executives: large unions like the Canadian Union of Postal Workers and the Elementary Teachers Federation of Ontario are headed by Black women. For the first time, a woman is running for president of UNIFOR, the country’s largest private sector union.

Research shows that, when union leadership reflects the demographics of its workers, membership engagement and organizing success improve. Workers believe their interests will be better met by leaders who understand and relate to their experiences. These lessons are important if Canadian unions are to connect with workers seeking better lives.

Beyond this, workers are aware that union leaders must be able to meet the urgent calls to address the ongoing systemic racism and discrimination in schools, workplaces, unions and beyond. As community and labour researcher Maya Bhullar notes, structural injustices are often normalized in collective bargaining agreements, grievance-handling and other union processes.

In order to address these issues, union directives must reflect the needs of the racially and gender diverse communities they serve, and leaders who understand and relate to these experiences are the best ones for the job. 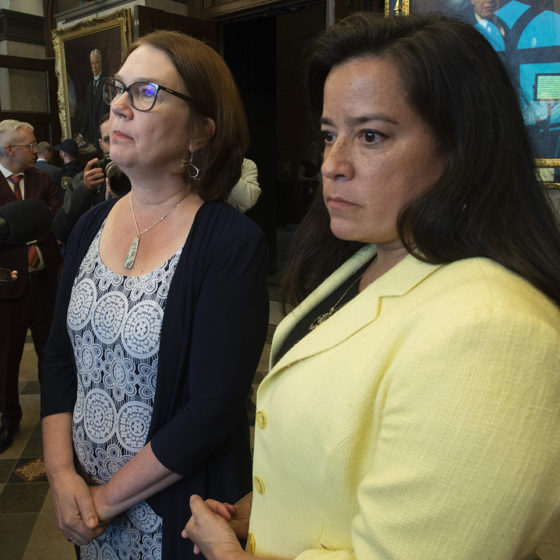 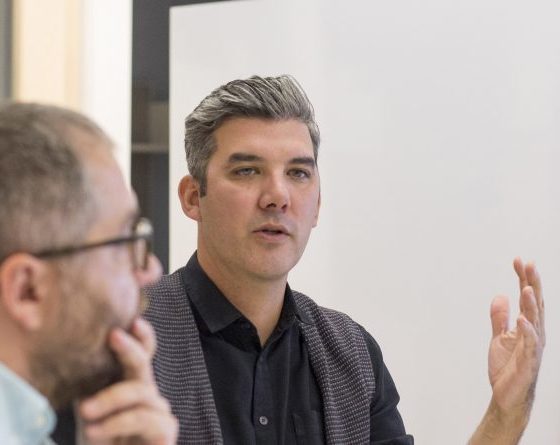 Why Emmanuel Macron’s peace efforts with Vladimir Putin are probably pointless
on May 17, 2022 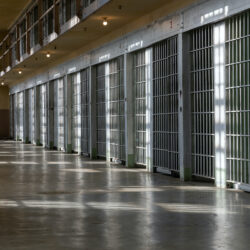 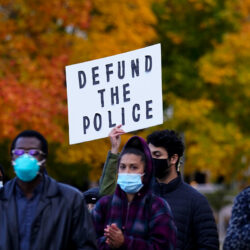